To purge or not to purge-there is no question!

STUFF…all kinds of stuff…we all have it in drawers, in cupboards, in closets and in boxes.  Stuff accumulates and grows exponentially as the years go by.  The more space you have, the more stuff you have.  The more people living in your space, the more stuff there is.  How do you stay on top of all your stuff?!

As an on my way but not there yet empty nester, I see the need to downsize my ‘stuff’ stockpile.  I have accumulated a TON of stuff over the years.  Two teenagers, a husband and me.  As a group we have years and years of clothes, shoes, toys and everything you can think of under the sun that goes into living a life as a family in a country with four distinct seasons- our ‘stuff’ was doing me in.

Although I generally keep a tidy house and there is some semblance of organization around here, my closets and storage nooks told a different tale. This ‘stuff’ in the background always low key bothered me but I didn’t discover the pleasure of purging until last weekend.  My daughter is really good at getting rid of ‘stuff’.  After watching her rip through her closet and drawers last month in 30 minutes flat- casually removing and discarding all items not used/worn in the last year, I was mesmerized!  Her space went from clutter to calm, messy to organized, stuffed to liberated.  When I asked her how she did it so fast and with such ease she said, “It’s simple mom, I don’t use any of it!”  Simple indeed.  I decided to use this strategy on 1 single messy ‘stuff’ drawer and cleared it in less than 5 minutes….I was hooked.

Last weekend, I got hubs on board the purging train. We went through our stuff faster than teenagers eat pizza and by days end, order was restored in several closets.  We freed up space- we saw space we forgot we had- said spaces were tidy, organized and clean.  A ton of bags were dropped off for the less fortunate who will likely get to use the ‘stuff’.

2 steps to a successful purging session

1. Ask yourself if you use the item in question

Forget the mindset of  ‘I may need it in the future’.  This creates packrat syndrome-I’m pretty sure that’s a thing. Trust me, you won’t miss what you don’t use and clarity of space lends to clarity of mind.  I can’t tell you how much easier it is to find and use the ‘stuff’ that remains.  I can see it, I can get to it and the organization brings with it a feeling of calm.

6 Replies to “2 Simple Steps To A Successful Purge!”

This site uses Akismet to reduce spam. Learn how your comment data is processed. 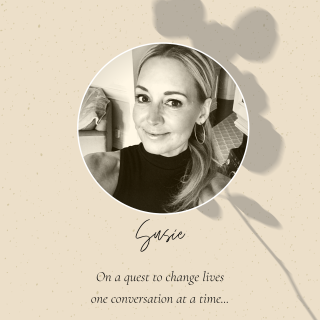 I have always been inspired by personal development and self-improvement. I have worked as an Elementary Educator for the last 24 years with a focus on social/emotional learning and building self-awareness. As an Empowerment Coach, my goal is to inspire others to harness their personal power so that they become free to discover & curate a life that they love. The way we experience life has so much to do with how we feel about ourselves. I believe that the essential journey towards self-love and self-acceptance is the key that unlocks our potential and ability to enjoy our lives to the fullest. The most important project you will ever work on is yourself. Driven by optimism and forever seeking joy, I am a mother, wife, teacher and life coach enjoying my very best life and writing my own rules as a young middle aged diva.